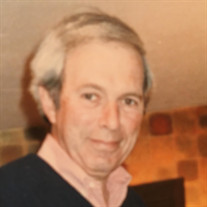 Cohn Peter J. Cohn, MD, (84), died 12 May 2018. Dr. Cohn was born in Berlin, Germany in 1933. In December 1939 he and his parents, Dr. Hans and Dr. Irma (nee Stern) Cohn, left Nazi Germany for London and then New York. They settled on Cleveland’s West side in 1941, where his parents practiced medicine until their deaths in 1959. He did his military service as a captain in the U. S. Army Medical Corps in Bremerhaven, Germany from 1964-66. He ultimately returned to Berlin numerous times with his family. Dr. Cohn graduated from The Ohio State University College of Medicine in 1959. He loved performing general surgery for all of four decades, including nearly 30 years in partnership with Dr. Isidore Lidsky. He practiced at Mt. Sinai and Suburban Hospitals (now South Pointe), where he served as Chief of Surgery. Dr. Cohn enjoyed reading biographies and history, taking classes, fishing, handicapping races and playing poker. He looked forward to golfing three times a week for many summers with his special buddies. For thirty years he rarely missed weekend breakfasts with a great group of guys. Dr. Cohn was the loving husband of Lenore (Wohl) for nearly 59 years, father of Ilene Cohn (Renzo Pomi), Dr. Hal Cohn (Jennifer) and Daniel Cohn (Maria). He was very proud of all of his grandchildren: Matthew, Margo, Clara, Mateo, Robert, Rose, Jules and Roman. Donations may be made to the ACLU of Ohio at 4506 Chester Avenue, Cleveland, Ohio, 44103 or https://wwwacluohio.org/donate. Private service, no visitation.

The family of Peter Jochim Cohn MD created this Life Tributes page to make it easy to share your memories.