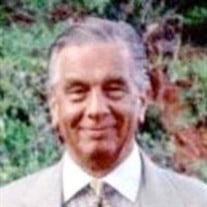 Larry Bogan, 73, passed away Sunday, Nov. 29, 2020, at the Cleveland Clinic-Hillcrest Hospital in Mayfield Heights. He was born April 6, 1947, at St. Elizabeth Youngstown Hospital, to Tod and Anastacia Bogan. Larry was the fifth of six children: Tod, Jerry, Patrick, James, Larry and Terry. He was a 1966 graduate of South High School in Youngstown. Larry was a decorated Army veteran, who proudly served his country in the Vietnam War. Larry spent many of his working years in the food, grocery and beverage industries, where he won numerous awards for his success and executive leadership. In his retirement years, he could not get used to the idle time on his hands, so he continued his late father’s painting company, Tod Bogan and Sons Painting and Refurbishing. Larry was well-known in the greater Cleveland area for his impeccable attention to detail and quality of work. He had a special flair for refurbishing old Victorian homes to their original state. As a young child growing up on the South Side of Youngstown, Larry developed an affinity for automobiles. He was an avid collector of historical cars, as well having a massive collection of hundreds of model cars, which he crafted and built himself in his workshop. Easy to believe, this was developed from his great respect and love for his brothers, all of whom had a passion for cars as youngsters. Larry had an infectiously gregarious, loving and caring personality. He was a loving husband, dad, grandfather, uncle, brother and loyal friend to many. He looked forward and cherished spending time with his son’s family in California. Larry is survived by his loving and dedicated wife, Beth; stepson, Neil; brothers, Tod, James and Terry; son, Tim; daughter-in-law, Lisa; and two grandchildren, Tim and Gianna. Respectfully, there will be no services held, but please reminisce, support each other and share your memories and stories of Larry with friends and family. He will be missed … love you Dad.

Larry Bogan, 73, passed away Sunday, Nov. 29, 2020, at the Cleveland Clinic-Hillcrest Hospital in Mayfield Heights. He was born April 6, 1947, at St. Elizabeth Youngstown Hospital, to Tod and Anastacia Bogan. Larry was the fifth of six children:... View Obituary & Service Information

The family of Lawrence M. Bogan created this Life Tributes page to make it easy to share your memories.